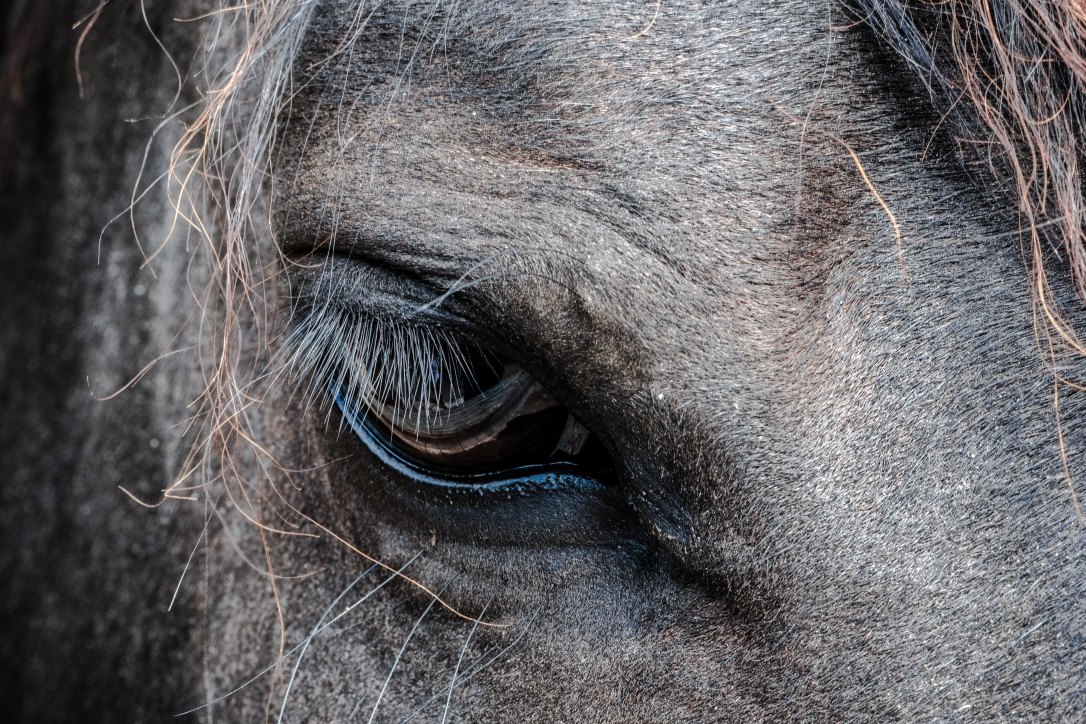 “Here you go, baby,” I said, holding it out on a flat palm. Matthew watched warily as Balthasar extended his neck and reached with delicate lips to pick the fruit from my hand. Once it was in his mouth, he looked at his owner triumphantly.

In Chapter 18, we learned that Matthew and his mother keep horses – specifically, Percherons and Andalusians. Like myself, Deb is a bit horse-crazy. She has a lovely beastie named Romeo who features regularly on her Instagram account. He is a goofball.

As Matthew told Diana, Percherons are large, sturdy animals built for farm work. They originated in Normandy, where it’s thought that breeders crossed the Barb horses of the Moors with Flemish draft horses to produce the first Percherons. French Percherons must be gray, although they may also be black, chestnut, bay, roan, or sorrel. There’s an introductory video about the Percheron breed on YouTube. If you’re fascinated by the breed, you can also visit the website of the Le Pin National Stud, which breeds French Percherons. This fellow could be a stand-in for Balthasar, in my opinion. This handsome bubba is the World Champion for the breed. He’s huge, and lovely:

Rakasa and Fiddat are described as Andalusians, or Pura Raza Española. Andalusian horses are known for their fine heads, arched necks, long manes, deep chests, and rounded hindquarters. Andalusians are athletic animals with a very classical build; they’re especially well-suited to dressage, a complicated and lovely discipline based on anicent cavalry maneuvers. Full disclosure: I ride dressage, and you can hear me gab about it on our other podcast, Queens of All Trades. The episode is called Ride Fancy. You can see Andes at work in the following video:

“What kind of horse is Dahr?” I asked, noticing his equally smooth gait.

“I suppose you’d call him a destrier,” Matthew explained. That was the mount that carried knights to the Crusades. “He was bred for speed and agility.”

If you were so inclined, you could hire the company Destrier to provide cavalry for battle re-enactments. As war horses, destriers had dense bodies, broad backs, strong hindquarters, and long legs.You can watch people joust on destrier-like horses here.

“My muscles will be sore tomorrow,” I said, groaning. “I haven’t been on a horse for years.”

“Nobody would have guessed that from the way that you rode today,” he said.

Prior to getting on Rakasa, Diana dons a great deal of gear, including a protective riding vest. As much as I love Deb–and I do–this is a chapter where I get rather cranky and call a tiny bit of BS. Then, I tell myself that truth is no defense for fiction and if Deb wants a world where riding boots fit immediately (they don’t) and you can bounce right back into excellent riding form (you can’t), then that is all well and good and she’s allowed to do that. After all, it would detract from the romance if Diana was like, “As it turned out, I hadn’t ridden in over ten years and I felt like a sack of potatoes. Matthew laughed at me, returned Rakasa to the stables, and got me a pony upon whom to have a lunge lesson while he schooled my position.”

In the name of keeping this post light, I’m skipping the Aurora Consurgens and Origins, for now. After reading and studying, Matthew and Diana descend the tower in order to dine with Marthe and Ysabeau.

Over dinner, Matthew tells the story of when Marthe failed to remember not to feed the pigeons before placing them in a live bird pie. Here’s an excerpt from a 16th century recipe for live bird pie:

Make the coffin of a great pie or pastry, in the bottome thereof make a hole as big as your fist, or bigger if you will, let the sides of the coffin bee somewhat higher then ordinary pies, which done put it full of flower and bake it, and being baked, open the hole in the bottome, and take out the flower. Then having a pie of the bigness of the hole in the bottome of the coffin aforesaid, you shal put it into the coffin, withall put into the said coffin round about the aforesaid pie as many small live birds as the empty coffin will hold, besides the pie aforesaid. And this is to be done at such time as you send the pie to the table, and set before the guests: where uncovering or cutting up the lid of the great pie, all the birds will flie out, which is to delight and pleasure shew to the company. And because they shall not bee altogether mocked, you shall cut open the small pie, and in this sort you may make many others, the like you may do with a tart.
(From Epulario, 1598)

It… would not be to my taste.

“It started out as a tarantella,” Matthew said, escorting his mother back to her chair, “but Maman never can stick to one dance. So there were elements of the volta in the middle, and we finished with the minuet, didn’t we?”

Tarantella, volta (and another for fun), and a minuet. These guys have a collection of historical dances for you to view, including several I have never heard of in my life.

This is the song that Ysabeau and Marthe sing to Diana:

I tried–in vain–to find a recording of the song Matthew sings to Diana. You’ll have to imagine it.

Tomorrow, we meet Domenico Michele and move more firmly into Act II of the book. If you’d like to hear what the daemons have to say, their episode is here.