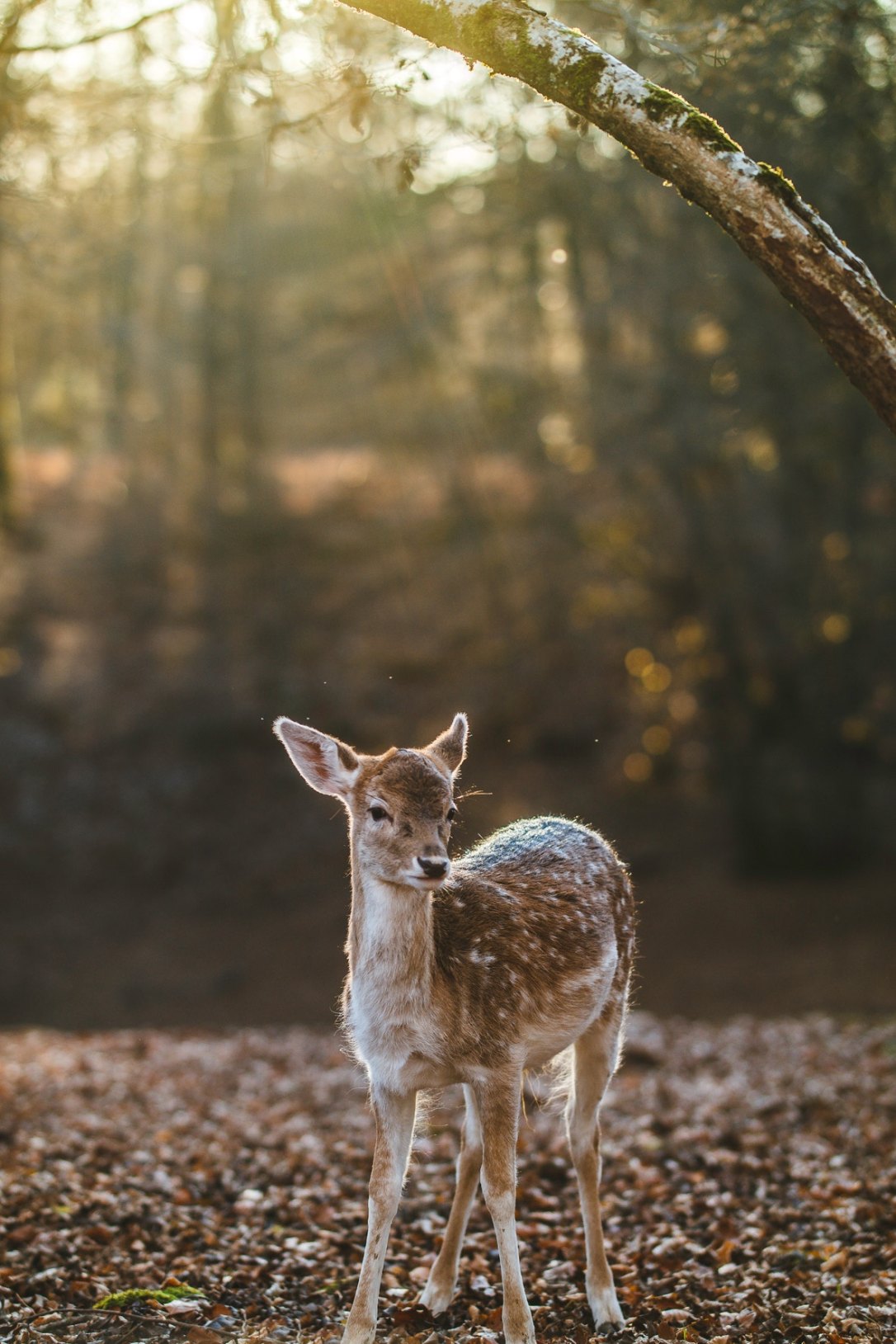 For starters, LOOK AT THIS LITTLE NUGGET OF A DEER. I couldn’t resist its soft ears and squinty eyes.

Now, we hunt with Ysabeau.

Turning to my computer, I typed notes about the imagery my anonymous author had used to describe nigredo, one of the dangerous steps in alchemical transformation.

The blackness symbolized the initial state of chaos or prima materia, prime matter. Out of this prime mater came everything. On this rest the theory of the conjunction, union, of things, such as the union of opposites, or male and female. Within this union of metals there was the assumption that the based metal dies and the more precious one was resurrected. Or it was thought to come back as a thing of many colors, sometimes described as a peacock’s tail. Eventually this hypothesis led to the adoption of the color of white which was considered to contain all colors. Here the first main goal of the process was reached, the metal had changed to its silver or moon state, which many alchemists considered the final goal; but it was not, because the metal still has to be elevated to its gold or sun state. The albedo is, allegorically speaking, the daybreak, but not until the rebedo is reached is there sunrise; this is the extra step required. Originally the transition from albedo to rebedo was accomplished by citrinitas that was later omitted. This was done in a very high intense fire. The red and white are the King and Queen who, at this stage, celebrate their “chemical wedding.”

Alchemists had their own system for recording elements and compounds which differed between practitioners. The Royal Society of Chemistry has a nice feature where you can explore the alchemical periodic table. Alchemists believed that all elements came from the same original substance but had varying degrees of purity. Gold was the purest, followed by silver. The theme of origins is strong in the AST and, unsurprisingly, the alchemical background of the story is an excellent tie-in.

In the paddock, Fiddat and Rakasa stood side by side, mirror images right down to the armchair-style saddles on their backs.

“Are you afraid to try?” Matthew’s mother looked at me appraisingly.

Ysabeau’s brief history of sidesaddle riding is correct — the original form of the saddle did not allow a rider to control her own horse. Women did not ride astride because it was “unbecoming.” There is some suggestion that riding astride threatens your virginity because it might break the hymen. In fact, Princess Anne of Bohemia is thought to have traveled to her wedding in the first sidesaddle precisely to preserve the Royal Hymen and Ensure Appropriate Provenance of the Royal Offspring. This is ridiculous. Should you need a laugh about ladyparts, I strongly and thoroughly recommend the excellent Adam Ruins Everything video on Hymens. In any case, the development of the sidesaddle with a hooked pommel (to support the leg) is credited to Catherine de Medici. This video provides an excellent tutorial on riding sidesaddle and how it works:

Here is a smattering of information about the herbs in Marthe’s tea:

Queen Anne’s lace: Originally used in India. When taken for seven days after unprotected intercourse, it prevents fertilized eggs from implanting in the uterus.

Tansy: Encourages the body to shed uterine lining and promotes menstruation. If taken in larger doses, it may cause uterine bleeding as well as abortion.

Pennyroyal: A natural abortifacent belonging to the mint family. It’s also used to repel pests, like fleas and mosquitoes.

Rosemary: This one may surprise you, but making a rosemary tea could induce menstruation (the herb is an emmenagogue). If taken in large doses, rosemary also acts as an abortifacent.

The history of contraception is fascinating. As this Jezebel article notes, abortifacent herbs appear in texts dating to the 11th century. Mental Floss collected nine different forms of birth control used in the ancient world. Did you know that acacia gum acts as a spermicide? I didn’t. Prior to the nineteenth century, pregnancy wasn’t considered to “begin” until quickening or “ensoulment,” when a mother feels the fetus move inside the womb. Herbal contraceptives can be terrifying, and dangerous. Whatever Marthe’s intentions, I am inclined to agree with Sarah that she shouldn’t have given the tea to Diana without an explanation.

In her post for Chapter 25, Deb talks about seals and shows a version of Matthew’s seal pressed into red wax. In the interests of time, I’ll save the discussion of the Knights of Lazarus for another time, like when we stumble upon more of them later on. You can hear the Daemons on Chapters 24-25 in Take 19!.