In Chapters Two and Three, we meet the enigmatic Matthew Clairmont, as well as Diana’s aunts, Sarah Bishop and Emily Mather. 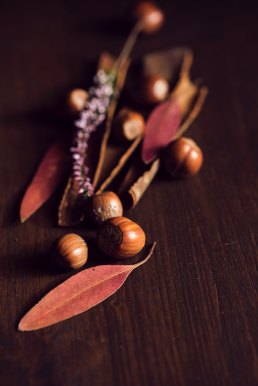 Diana opens the chapter by noting that she has chosen not to attend the feast of Mabon, which celebrates the autumn equinox. Named for the God of Welsh mythology, the Mabon festival marks the second harvest and symbolizes mystery, equality, and balance. Wiccan practitioners honor Mabon by making wine, gathering herbs, walking in the woods, and adorning burial sites. To get in thespirit of Mabon, you could create an altar, ask for blessings, meditate on balance, or perform rituals of protection for the hearth and home. Mabon is also the time to reflect on the powers of the darker aspects of the Goddess, which speaks to the themes of Diana’s personal journey throughout the All Souls Trilogy.

“Notes and Queries,” the “arcane periodical” that brings Matthew out of the woodwork, was originally published in 1849 as a correspondence magazine for academics and amateurs. It’s still published by the Oxford University Press. You can actually read Volume 19 – yes, THAT volume – here. We have no idea what Diana was looking for based on the text, but I’d be curious to hear if you find something.

Witches aren’t the only creatures sharing the world with humans, however. There are also daemons–creative, artistic creatures who walk the tightrope between madness and genius.

In this chapter, we learn that witches share the world with vampires and daemons. In Greek mythology, a daemon was a “semi-divine spirit” created when a noble person or hero died. The Hellenistic Greeks divided daemons between agathodaimon (good) and kakodaimon (malevolent) spirits. You may recognize some of them, such as Eros (Love), Eris (Strife), Hypnos (Sleep), and Nike (Victory). You will win double points if you can name the other series based in Oxford that features daemons. I’ll include it in the next post and give credit to whomever guesses on Twitter.

“We’ve not met,” he continued in an oddly accented voice. It was mostly Oxbridge but had a touch of softness that I couldn’t place.

“Oxbridge” is a portmanteau that mashes Oxford and Cambridge together to describe something related to one of the universities, or both. According to the British Library, “Oxford English” is a bit misleading – but you might recognize the accent as “Received Pronunciation,” or the broadcaster’s choice accent in the UK since 1922. It’s based on the pronunciation of the south-east Midlands of England and was chosen by the BBC as their standard accent. Here’s a few examples – of both high and low RP.

Conversations in Oxford about accent, dialect and attitudes to language

The vampire sat in the shadows on the curved expand of the bridge that spanned New College Lane and connected two parts of Hertford College, his back resting against the worn stone of one of the college’s newer buildings and his feet propped up on the bridge’s roof.

The Bridge of Sighs

Contrary to my assumption, the Oxford Bridge of Sighs – pictured above – is NOT based on the one in Venice.

According to the BBC, Hertford College thought it would be prettier to have a bridge than a tunnel, so they built one of Oxford’s most notable landmarks. Four years ago, for the bridge’s centenary celebration, an artist installed actual recordings of people sighing underneath it. Very modern, very meta. This intrepid photographer gives you a 360-degree view of the bridge and New College Lane at night – you can imagine Matthew tucked into the shadows, blending in with the night sky.

You can find Deb’s post about 21 September on her website. We covered Chapters 2-3 in our first episode, but you can find the All Souls Podcast and Daemon’s Domain episodes covering the same material here and here.